Hone Your Creativity With Persistence

You are here:
Creativity

Over the last few weeks I’ve spent many hours simply drawing. For the first time in a long time, I’ve shown persistence with drawing sunflowers and mandalas.

I’m going with a theme and the goal is to turn these images into a future coloring book. I really enjoy drawing floral and obviously I’m all about the mandalas. But it’s hard, damn hard, to sit and draw a variation of the same thing.

Persistence and creativity, I believe, are linked. In many ways, you can’t have one without the other. Creativity creates the art.

Some will say without the craft what’s the point? Why have a vision or pursue your creative side without mastering technique and the use of tools. I say the desire to create is a basic human desire. At some point in our lives, we’ve all made something.

We all create. Whether for school, work or play. But how many of us really know the craft? Where do we learn the craft and how to express our creative desires?

How many times are we told don’t give up. I tell my 6-year-old all the time. Don’t give up. Just try. Keep going. You don’t know until you try.

But how often do we as creatives tell ourselves to keep at it?

I’m learning a new lens for my Nikon D3300 (old school peeps). By the way, if you’re looking for good info on choosing your first or next camera, check out his article here from Jen Reviews.  I’m also tinkering with my catalog settings in Facebook Business Manager for my eCommerce store.

Part of my problem is a lack of patience. I don’t have any.

The other part of my frustration is I hold extremely high expectations on myself. So, when I can’t figure something out or I don’t nail the task on the first go around…I get frustrated.

But I keep going because that frustration won’t go away. Out of the frustration comes a sense of creative purity.

It’s not the tools, the new lens or social media. It’s the creative behind it all. How often do you ask yourself if the problem is you, your creativity or your craft?

Ask yourself why are you frustrated? Is your frustration due to a lack of persistence? Are you giving up too early?

So here we are, frustration leads to persistence and being persistent hones your creativity. Interesting isn’t it?

During the Renaissance, Filippo Brunelleschi showed the world what persistence looked like in the form of unprecedented architecture. Brunelleschi’s Dome in Florence is a masterpiece standing the test of time.

His determination and creativity helped him to overcome obstacles. When other’s said he couldn’t, he kept going. He kept trying. He persisted.

What resulted is a legend and an inspiration to not only his contemporaries, but to future generations as well.

Brunelleschi honed his craft through using creative ideas to challenge conventional wisdom. In the course of his work, he developed techniques and tools never before seen.

Persistence Is Worth The Time

I will be the first to admit, I want immediate results. I want overnight results. Why can’t I do something now and in an hour see the desired result?

The problem with persistence is one requires patience to be persistent. Many artists and creatives don’t have the patience.

We expect, especially with technology, to have instant success. It’s called Instagram for a reason, right?

All the successful businesses and creative entrepreneurs we all know about took time. They were persistent. They were patient.

Today we think of Monet, Manet, Renoir, Pissaro and Cezanne as some of the best ever. They ushered in Impressionism. But did you know when they started out, their art disgusted the French public and critics?

They weren’t masters and heavily sought-after when they started. They were nothing. But they were persistent and patient.

They kept creating their art. Not the art others thought they should make. They made art they believed in. The impressionists created what their passion told them to create.

What’s best, they didn’t wait for the rest of the world to see the beauty in what they made. The artist’s themselves put it out there. They made their own gallery. They showed their work regardless of what the mainstream wanted to see.

The impressionists created their own story and became what we now know today as masters of their craft. They used the same tools, but in new ways. They had a vision they thought was worthy for the world.

“We’re artists and the unique “thing” about creativity and art is we get to tell consumers what they want.”

Through their persistence and patience, they ultimately found artistic success. The lesson for us today, I believe, is to create what we want to create and not hold back.

Sure, the market tells us what consumers want, but making art is more than selling art. We’re more than mere merchants. We’re artists and the unique “thing” about creativity and art is we get to tell consumers what they want.

We just have to make it first. Then build our tribe.

When the Impressionists were striking out, they were struggled to be accepted until they took risk and made their own following.

Today, with the collision of technology and creativity, each of us artist entrepreneurs have the same opportunity. We make our own following one follow, one like, one email at a time.

Without patience, one cannot hone and develop the craft. Our instant gratification culture teaches us unrealistic expectations. We want the result before we do the work.

Let’s admit not all art is made instantly. Sure, I’ve doodled and drawn quick sketches. They sucked. Let me be honest. There was no attention to detail. No craft. The worst part, was it lacked enjoyment. I was creating simply to put something, anything on my Instagram.

Why? I want my tribe to feel the same passion I do. Or at least get some inspiration from what I make. But to rush something just to fill a void is a disservice to anyone willing to take a moment of their time to look at my work.

Patience is the key. The moral of all of this is to teach patience. To hone a craft takes time, effort, persistence and patience.

I encourage you when you’re drawing or painting or taking pictures to slow down a moment. Stop for a second and enforce some patience on yourself. Look at what your creating and think about where you want to go. Don’t worry if you don’t post it to Instagram or share your quote on Twitter immediately.

Trace it, color it, draw (no pun intended) some inspiration from it. Let me help you hone your craft or start a new one!

Subscribe to Blog via Email
Grab my popular postcard: 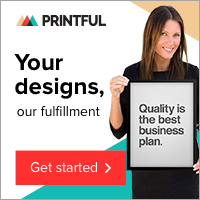